How not to Move Stuff With Your Car 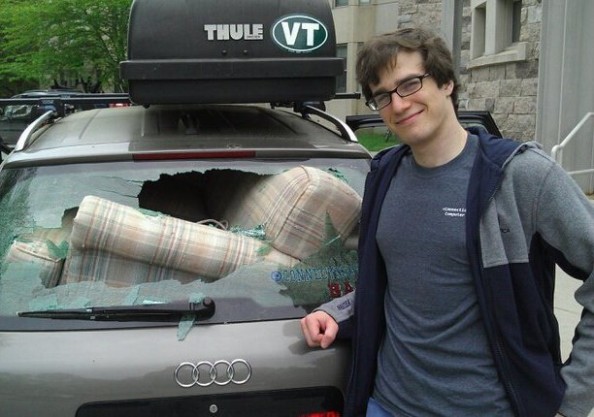 So, this one guy in Connecticut decided he’ll use his car to move his couch. Simple, right? Wrong, because he and his friend, according to his story, didn’t really pay enough attention to the measurements. So, in his words, this is what happened next –

My friend and I planned to put the couch in and tie the trunk down so that it rested on the couch, but when we started, ever so slightly, to pull the rope (that was from the car to the trunk door end), the door slammed shut and the glass flew out.