AirPod – The Car That Runs On Air

The AIRPod is part of the MDI production line of “less than 500kg vehicles”, and is manufactured in the same factories as OneFlowAir, following the original production concept proposed by MDI.

This car is actually based on an old idea that was already thought about back in the early 1920’s and was eventually let go because of technologies gap issues and the fact that it wasn’t worth it financially, but with today’s resources and knowledge accomplishing this air based car is no longer a lost idea. 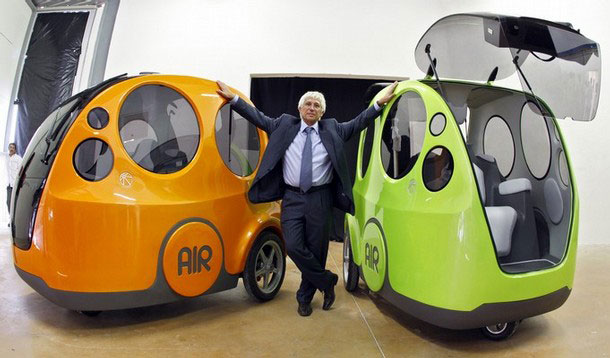 Similar to other air compressed machines, this car does the same action but instead of using a electric compressor, which compress air to the system, they used big tanks made out of carbon fibers that store high level of compressed air and can provide enough energy to allow a decent travel range( Between 150-120km). Check out the AirPod prototype test drive: