SB 1298, the bill that sets up procedures and requirements for determining when the google self-driving cars will be ready to hit the road. For now, it’s only a testing stage, now legal in California, the latest among the US States to join the venture. According to Sergey Brin, the Google co-founder, they’ll hopefully be ready in five years, maybe a bit less.

The cars use a combination of technologies, including radar sensors on the front, video cameras aimed at the surrounding area, various other sensors and artificial-intelligence software that helps steer. Google aren’t the only company working on this project, with Caltech also among those trying to develop the technology. 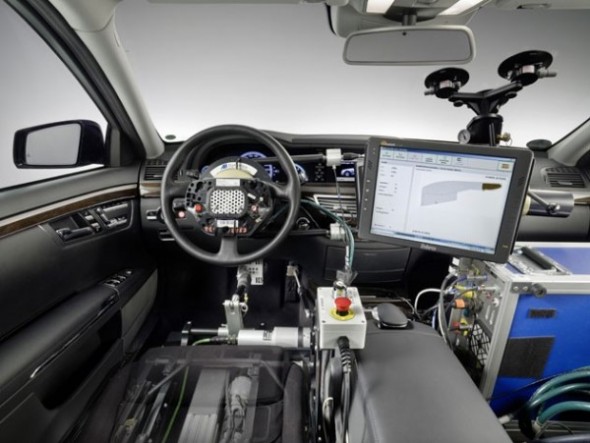 As of now, California (and Nevada as well) require the cars to have a human behind the wheel who can take control of the vehicle at any time. So far, there have been no accidents while the cars were controlled by the computer. The only documented accident with one of the Google vehicles was a fender bender that took place while a human was in control.

The ideal? A car that drives itself can minimize traffic by chaining together with other self-driving vehicles and using highways more efficiently. Drivers wouldn’t be limited to listening to NPR and honking during their morning commute; instead they could use that time to be productive, like the millions of people who take public transit currently do.