Only in Japan: The Toilet Bike

The Japanese are well known for their crazy and unique inventions , so when I first heard about this toilet bike, it wasn’t much of a surprise to find out that the Japanese are behind it.

Don’t get me wrong the idea behind this toilet bike is absolutely amazing; this is a revolutionary bike that has the ability to transform feces into energy and by that powering the bike without using any other gas, no pun intended. 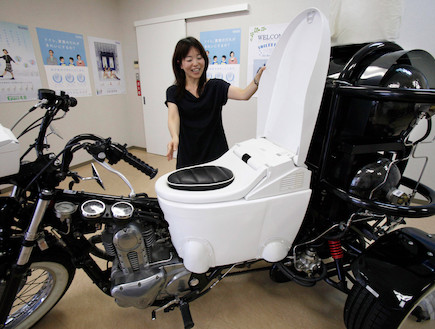 A full tank of… well… poo, can give us up to 300 km of driving; not bad. In case you were wondering, the toilet on the bike, as seen on the pictures, are staged just for the photos to help market the idea; the bike will not run on the rider’s own poo. 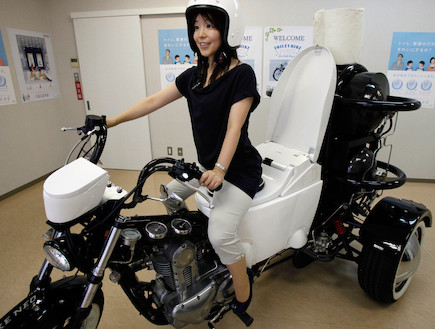 With the world’s natural resources of gas getting low every day, ideas like this one can truly become a new way to keep our motors running. Another great point about this unique invention is the fact that this bike is super green since it runs on organic fuel sort of speak, which makes it 100% natural and doesn’t harm the environment. The only remaining question is: “Does it smell”?